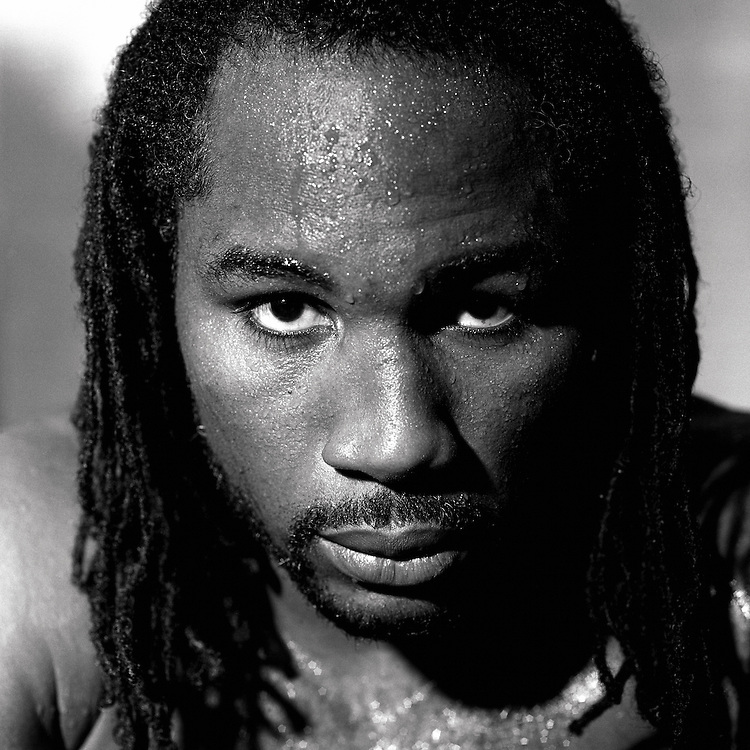 Credit line is mandatory : © John Angerson
Lennox Claudius Lewis, CM, CBE, (born 2 September 1965) is a former professional boxer who reigned as the last undisputed world heavyweight champion. He holds dual British and Canadian citizenship. As an amateur he represented Canada at the 1988 Olympics, winning a gold medal in the super-heavyweight division after defeating future world champion Riddick Bowe in the final. As a professional Lewis became undisputed champion by defeating Evander Holyfield, successfully unifiying his WBC title with Holyfield's WBA and IBF titles. Prior to the rematch he was awarded the IBO title. Lewis is regarded by many as one of the greatest heavyweight boxers of all time, and also as the greatest British fighter of all time
© John Angerson 2003