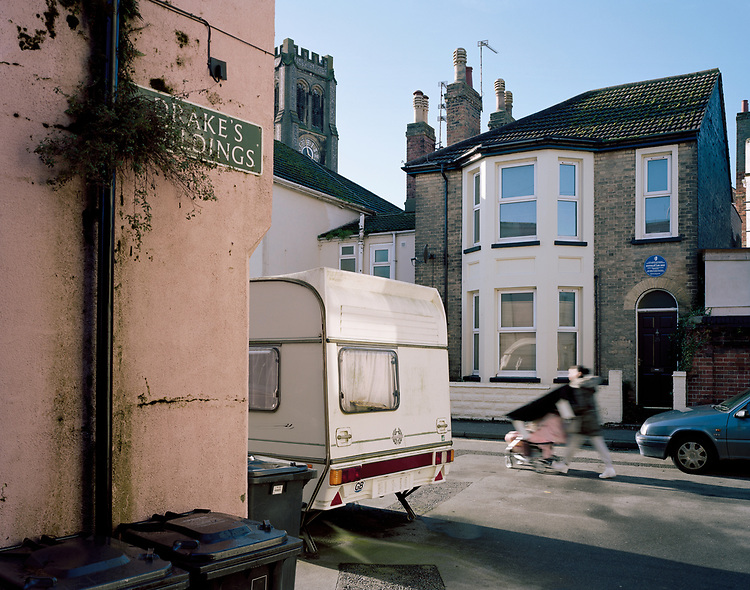 Photograph © John Angerson
January 19th 1915
On the morning of January 19th 1915 German Imperial Navy Zeppelin airships took off from Fuhlsbüttel, Germany. They had been given permission by the Emperor Wilhelm II to attack military and industrial buildings but with express orders from Kaiser Wilhelm that there were to be no attacks on London itself owing to concern for the British Royal family to whom the Kaiser was related. Zeppelin L3 crossed the coast of East Anglia and then curved South East towards Great Yarmouth. Incendiary bombs were then dropped to enable the pilots to navigate to their chosen locations as the Zeppelins never crossed the coast until after dark. Zeppelin L3 then dropped its bombs onto the St Peter’s Plain area of Great Yarmouth killing shoemaker Samuel Alfred Smith and spinster Martha Taylor. They became the first British civilians to be killed by aerial bombardment in World War One.
John Angerson