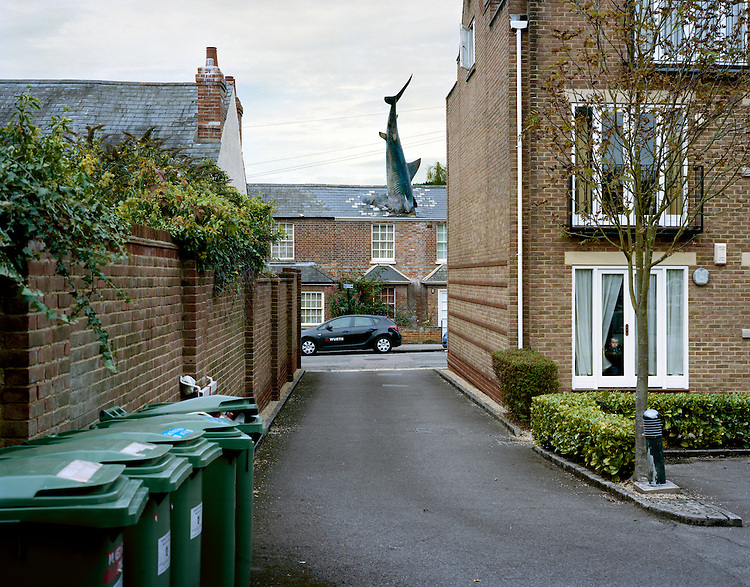 Just off the High Street in Headington, east of Oxford, is a row of terraced houses, undistinguished apart from the 25ft basking shark which has plummeted through the roof of number two and become transfixed in an upstairs bedroom. Bill Heine, a cinema owner who had a chat show on Radio Oxford, was the bane of local councillors. He built it in 1986 and claimed it was a sculpture – as works of art were not subject to planning permission – and even changed the name of his house to “Plinth”. When questioned on why he had done it, he said: “The shark was to express someone feeling totally impotent and ripping a hole in their roof out of a sense of impotence and anger and desperation. It is saying something about CND, nuclear power, Chernobyl and Nagasaki.”
© John Angerson